WANT ACCESS TO SOLID SCIENTIFIC FACTS REFUTING THE INCESSANT MEDIA HYPE SURROUNDING CLIMATE CHANGE? THEN THE MYTHOLOGY OF GLOBAL WARMING IS FOR YOU! The Mythology of Global Warming is intended to provide the general public with a broad spectrum of scientific and factual information on the subject of Climate Change. This book debunks the incessant, emotional, and largely unsubstantiated claims made by the progressive media and climate scientists that industrial societies such as the United States are destroying our planet due to the use of fossil fuels. What causes global warming? What is a greenhouse gas? What impact do carbon dioxide emissions from fossil fuels actually have on the Earth's climate relative to naturally occurring phenomena? Is all ice on Earth really melting, and are sea levels rising at a catastrophic rate? Are all forms of extreme weather, including hurricanes, tornadoes, floods, and droughts increasing dramatically? Are polar bears and other life forms being pushed to the brink of extinction? Will all of this mayhem cease if fossil fuels are replaced by 'green' renewable energy sources? Answers to these questions clearly show that hard facts do not support any of the above dire predictions. The science of global warming is indeed 'settled'; Global Warming is a myth. ..".Global warming proponents can't prove that man is destroying the planet due to global warming, but Dr. Bunker can prove that we are not. He packs a lot of punch in this small package. Read it, and arm yourself for the great debate."---Phil Valentine, nationally syndicated talk show host of the Phil Valentine Show on Westwood One "In the past 20 years I have reviewed two dozen books dealing with Anthropomorphic Global Warming. There has not been nor ever will be a more comprehensive and understandable book on this subject which is to critical to the entire world's population."--Jay Lehr, Ph.D. Science Director, The Heartland Institute "This is a scholarly work written by a true scientist, yet in a way that makes the topic still accessible to the average person interested in understanding both the science and also the politics of global warming. Highly recommended."--Dr. Jennifer Marohasy, Senior Fellow, Australia's Institute of Public Affairs, co-author of "Climate Change: The Facts, 2014" "Unlike so many others, Dr. Bunker's book is so much more than a supposition wrapped up in a pretty bow of meaningless numbers. If you've been waiting for a book that gives actual facts in an easily checked form, you've found it."--G. Dedrick Robinson Ph.D., co-author of Global Warming: Alarmists, Skeptics & Deniers. "A timely and well researched book not only for the thoughtful engaged reader, but also for the general public. The book is up-to-date and deals honestly with continuing controversies and uncertainties."--Dr. Sonja A. Boehmer-Christiansen, Department of Geography, Hull University, Former Editor, Energy & Environment.

The Mythology of Global Warming

Authors: Ph. D. Bruce Bunker
Categories: Political Science
WANT ACCESS TO SOLID SCIENTIFIC FACTS REFUTING THE INCESSANT MEDIA HYPE SURROUNDING CLIMATE CHANGE? THEN THE MYTHOLOGY OF GLOBAL WARMING IS FOR YOU! The Mythology of Global Warming is intended to provide the general public with a broad spectrum of scientific and factual information on the subject of Climate Change.
Language: un
Pages: 259

The Mythology of Global Warming

Authors: Bruce C. Bunker
Categories: Climatic changes
The mythology of global warming is intended to provide the general public with scientific and factual information regarding human-induced global warming. Facts are drawn from disciplines including: geology, chemistry, biology, astronomy, meteorology, history, and government records. This book shows that contrary to the 'fake news' that people are barraged with

Exploding the Myths of Climate Change

Authors: Clifford R Holliday
Categories: Climatic changes
This is a book of mythology. Since ancient times mankind has built these systems of myths to explain the complicated world he didn't understand. The systems were deeply ingrained in the minds of the populations. The Greeks attributed a season of poor crops to a disturbance caused by the displeasure

Authors: Yitzhak Salomon
Categories: Climatic changes
In a marketplace of ideas that is supposed to be based on tolerance and respect for others' beliefs, one firmly held conviction you are apparently not allowed to posit is that Global Warming isn't real. So ubiquitous is the belief in human-induced Global Warming that to speak so much as 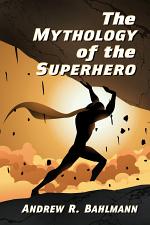 The Mythology of the Superhero

Authors: Andrew R. Bahlmann
Categories: Social Science
Superheroes have been an integral part of popular society for decades and have given rise to a collective mythology familiar in popular culture worldwide. Though scholars and fans have recognized and commented on this mythology, its structure has gone largely unexplored. This book provides a model and lexicon for identifying