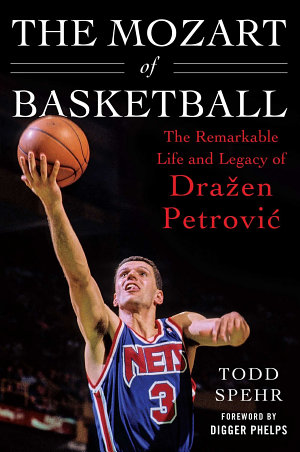 Dražen Petrovic was born on October 22, 1964, in Šibenik, Croatia. Learning basketball at an early age from his older brother, Aleksandar, Dražen was a natural. He began his professional career at the age of fifteen, playing for the national team, where he began his rise through the European circuit. Known as a skilled shooter, it was not unusual for him to score 40, 50, even 60 points during a single game. While playing for Yugoslavia in the Olympics, Dražen and his team finished with the bronze medal in the 1984 Summer Olympic Games and the silver in the ’88 Games. He later won silver in the ’92 Olympics while playing for Croatia. In 1986, Dražen was drafted in the third round (60th overall) by the NBA’s Portland Trail Blazers. Deciding to play a few more years in Europe, he did not come to the US until the beginning of the 1989–1990 season. Dražen, along with a handful of other players, were part of the first groups of Europeans to break into the NBA, paving the way for future stars. After struggling with playing time in Portland, Dražen was traded to the New Jersey Nets in 1991. He would become a premier player and was considered one of the finest shooters in the NBA, averaging over 20 points a game in his two full seasons with the Nets. He was both a hero in the US as well as at home in Croatia, where his success had become a beacon of hope for his beleaguered countrymen who were enduring war in what is now the former Yugoslavia. In the summer of 1993, after his best season in the NBA, Dražen traveled to Poland to help his country qualify for the upcoming FIBA European Basketball Championship. Deciding against flying with his team back to Croatia, he instead chose to drive there with his girlfriend. On June 7, 1993, only a few months before his twenty-ninth birthday, Dražen Petrovic died in a traffic collision in Denkendorf, Germany. Thousands attended the funeral in his hometown, and the New Jersey Nets retired his number 3. Even though his career was cut short, his passion, determination, and spirit continue to influence not only his home country, but international basketball as a whole. Skyhorse Publishing, along with our Arcade, Good Books, Sports Publishing, and Yucca imprints, is proud to publish a broad range of biographies, autobiographies, and memoirs. Our list includes biographies on well-known historical figures like Benjamin Franklin, Nelson Mandela, and Alexander Graham Bell, as well as villains from history, such as Heinrich Himmler, John Wayne Gacy, and O. J. Simpson. We have also published survivor stories of World War II, memoirs about overcoming adversity, first-hand tales of adventure, and much more. While not every title we publish becomes a New York Times bestseller or a national bestseller, we are committed to books on subjects that are sometimes overlooked and to authors whose work might not otherwise find a home. 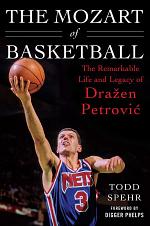 The Mozart of Basketball

Authors: Todd Spehr
Categories: Biography & Autobiography
Dražen Petrovic was born on October 22, 1964, in Šibenik, Croatia. Learning basketball at an early age from his older brother, Aleksandar, Dražen was a natural. He began his professional career at the age of fifteen, playing for the national team, where he began his rise through the European circuit.

Authors: Todd Spehr
Categories: Basketball players
Drazen Petrovic died young, the victim of a devastating car accident on a wet German road in 1993. His influence on European and American basketball, however, remains strong even today. A Croatian national, Petrovic was a legend in his own country, turning professional at fifteen and joining the Yugoslav national 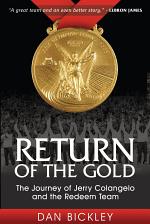 Return of the Gold