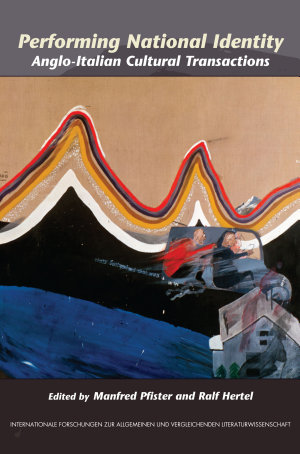 National identity is not some naturally given or metaphysically sanctioned racial or territorial essence that only needs to be conceptualised or spelt out in discursive texts; it emerges from, takes shape in, and is constantly defined and redefined in individual and collective performances. It is in performances'ranging from the scenarios of everyday interactions to `cultural performances? such as pageants, festivals, political manifestations or sports, to the artistic performances of music, dance, theatre, literature, the visual and culinary arts and more recent media'that cultural identity and a sense of nationhood are fashioned. National identity is not an essence one is born with but something acquired in and through performances.Particularly important here are intercultural performances and transactions, and that not only in a colonial and postcolonial dimension, where such performative aspects have already been considered, but also in inner-European transactions. `Englishness? or `Britishness? and Italianita, the subject of this anthology, are staged both within each culture and, more importantly, in joint performances of difference across cultural borders. Performing difference highlights differences that `make a difference?; it `draws a line? between self and other'boundary lines that are, however, constantly being redrawn and renegotiated, and remain instable and shifting.ContentsManfred PFISTER: Introduction: Performing National Identity1. Early Modern Literary ExchangesWerner VON KOPPENFELS: `Stripping up his sleeves like some juggler?: Giordano Brunoin England, or, The Philosopher as Stylistic Mountebank Ralf HERTEL: `Mine Italian brain ?gan in your duller Britain operate most vilely?: Cymbeline and the Deconstruction of Anglo-Italian Differences 2. Italian and English Art in DialogueJohn PEACOCK: Inigo Jones and the Reform of Italian Art Alison YARRINGTON: `Made in Italy?: Sculpture and the Staging of National Identities at the International Exhibition of 1862 3. Travelling ImagesBarbara SCHAFF: Italianised Byron ? Byronised Italy Fabienne MOINE: Elizabeth Barrett Browning's Italian Poetry: Constructing National Identity and Shaping the Poetic Self Stephen GUNDLE: The `Bella Italiana? and the `English Rose?: Reflections on Two National Typologies of Feminine Beauty 4. Political NegotiationsPamela NEVILLE-SINGTON: Sex, Lies, and Celluloid: That Hamilton Woman and British Attitudes towards the Italians from the Risorgimento to the Second World War Peter VASSALLO: Italian Culture versus British Pragmatics: The Maltese Scenario David FORGACS: Gramsci's Notion of the `Popular? in Italy and Britain: A Tale of Two Cultures 179Carla DENTE: Personal Memory / Cultural Memory: Identity and Difference in Scottish-Italian Migrant Theatre5. Contemporary MediationsClaudio VISENTIN: The Theatre of the World: British-Italian Identities on the Tourism Stage Judith MUNAT: Bias and Stereotypes in the Media: The Performance of British and Italian National Identities Sara SONCINI: Re-locating Shakespeare: Cultural Negotiations in Italian Dubbed Versions of Romeo and JulietMariangela TEMPERA: Something to Declare: Italian Avengers and British Culture in La ragazza con la pistola and Appuntamento a Liverpool Anthony KING: English Fans and Italian Football: Towards a Transnational Relationship Greg WALKER: Selling England (and Italy) by the Pound: Performing National Identity in the First Phase of Progressive Rock: Jethro Tull, King Crimson, and PFM Gisela ECKER: Zuppa Inglese and Eating up Italy: Intercultural Feasts and Fantasies Notes on Contributors 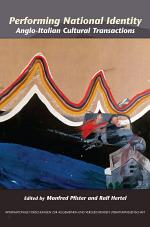 Authors: Manfred Pfister, Ralf Hertel
Categories: Literary Criticism
National identity is not some naturally given or metaphysically sanctioned racial or territorial essence that only needs to be conceptualised or spelt out in discursive texts; it emerges from, takes shape in, and is constantly defined and redefined in individual and collective performances. It is in performances'ranging from the scenarios
Language: un
Pages: 335

Authors: Tim Edensor
Categories: Social Science
The Millennium Dome, Braveheart and Rolls Royce cars. How do cultural icons reproduce and transform a sense of national identity? How does national identity vary across time and space, how is it contested, and what has been the impact of globalization upon national identity and culture? This book examines how 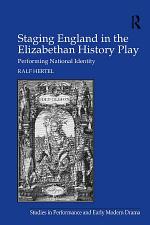 Authors: Ralf Hertel
Categories: Performing Arts
Applying current political theory on nationhood as well as methods established by recent performance studies, this study sheds new light on the role the public theatre played in the rise of English national identity around 1600. It situates selected history plays by Shakespeare and Marlowe in the context of non-fictional
Language: un
Pages: 552