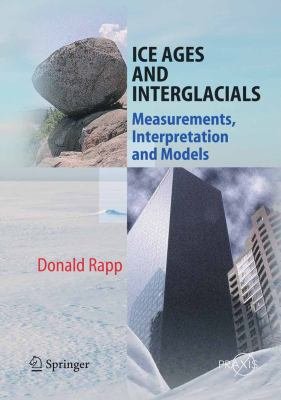 This book studies the history and gives an analysis of extreme climate change on Earth. In order to provide a long-term perspective, the first chapter briefly reviews some of the wild gyrations that occurred in the Earth’s climate hundreds of millions of years ago: snowball Earth and hothouse Earth. Coming closer to modern times, the effects of continental drift, particularly the closing of the Isthmus of Panama are believed to have contributed to the advent of ice ages in the past three million years. This first chapter sets the stage for a discussion of ice ages in the geological recent past (i.e. within the last three million years, with an emphasis on the last few hundred thousand years). The second chapter discusses geological evidence for ice ages – how geologists surmised their existence prior to actual subsurface data that proved the theory. The following two chapters look at ice cores (primarily from Greenland and Antarctica). Chapter 3 discusses how ice core data is processed and Chapter 4 summarizes data obtained from ice cores. Chapter 5 discusses the processing of data obtained from ocean sediments, and summarizes the results, while the following chapter discusses data from other sources, such as "Devil’s Cave." Chapter 7 summarizes the experimental results from Chapters 4, 5, and 6. It provides the foundation for comparison with theories in later chapters. In a perfect world, this data would be totally separate and disconnected from theory. Unfortunately, as the author shows, dating of much of the data was accomplished by "tuning" to the astronomical theory, which introduces circular reasoning. Chapter 8 provides a brief overview of the various theories that have been devised to "explain" the patterns of alternating ice ages and interglacials that have occurred over the past three million years. This serves as an introduction to the following three chapters which presents the astronomical theory in its various manifestations, compare the astronomical theory with data, and then compare other theories with data. Finally, Chapter 12 summarizes what we think we know about ice ages and, more importantly, what we don’t know. 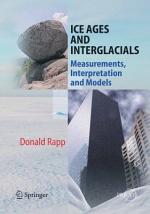 Authors: Donald Rapp
Categories: Science
This book studies the history and gives an analysis of extreme climate change on Earth. In order to provide a long-term perspective, the first chapter briefly reviews some of the wild gyrations that occurred in the Earth’s climate hundreds of millions of years ago: snowball Earth and hothouse Earth. Coming 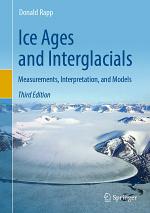 Authors: Donald Rapp
Categories: Science
This book provides a detailed review of terminations of ice ages, including a very attractive theory based on dust deposits on ice sheets. While other books on ice ages are mostly short, popular, and non-technical, the only book that attempts to deal with the broad issues of what we know 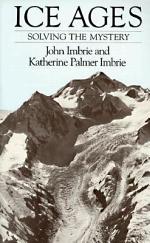 Authors: John Imbrie, Katherine Palmer Imbrie
Categories: Science
Scientists charged with producing a map of the earth during the last ice age ultimately confirmed the theory that the earth's irregular orbital motions account for the bizarre climatic changes which bring on ice ages. This book tells the story of those periods--what they were like, why they occurred, and
Language: en
Pages:

Ice Ages and the Asteroid Belt

Authors: John Imbrie, Katherine Palmer Imbrie
Categories: Science
Oxygen isotope records preserved in glacial ice, seafloor cores and lake beds, show that the climate for the past million years has been one of a nearly continuous ice age, with short 10-20 kyr interglacials that occur every 100 kyr. (All of civilization has developed during the current interglacial.) Spectral 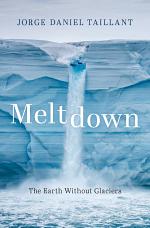 Authors: Jorge Daniel Taillant
Categories: Science
We hear about pieces of ice the size of continents breaking off of Antarctica, rapidly melting glaciers in the Himalayas, and ice sheets in the Arctic crumbling to the sea, but does it really matter? Will melting glaciers change our lives? Absolutely. Glaciers are built and destroyed during ice ages