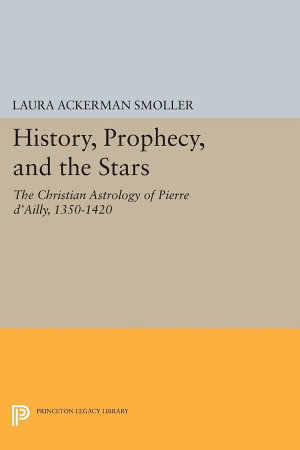 Although astrology was viewed with suspicion by the medieval church, it became a major area of inquiry for the renowned cardinal and scholar Pierre d'Ailly, whose astrological and apocalyptic writings had a significant influence on Christopher Columbus. D'Ailly's writings on the stars, the focus of this book, clearly illustrate the complex relationships among astrology, science, and Christian thinking in the late Middle Ages. Through an examination of his letters, sermons, and philosophical, astrological, and theological treatises, Laura Ackerman Smoller reveals astrology's appeal as a scientific means to interpret history and prophecy, and not merely as a magical way to forecast and manipulate one's own fate. At the same time, she shows how d'Ailly dealt with delicate problems--such as free will and God's omnipotence--in elevating astrology to a compelling, but not always consistent, "natural theology." The French cardinal's most intriguing prediction was for the advent of Antichrist in 1789, one that stemmed from his deep concern over the Great Schism (1378-1414). Smoller maintains that the division in the church led d'Ailly to fear the imminence of the apocalypse, and that he eventually turned to astrology to quell his apocalyptic fears, thereby gaining confidence that a church council could heal the Schism. In elucidating the place of astrology in medieval society, this book also affords a personal glimpse of a man facing a profound crisis. Originally published in 1994. The Princeton Legacy Library uses the latest print-on-demand technology to again make available previously out-of-print books from the distinguished backlist of Princeton University Press. These editions preserve the original texts of these important books while presenting them in durable paperback and hardcover editions. The goal of the Princeton Legacy Library is to vastly increase access to the rich scholarly heritage found in the thousands of books published by Princeton University Press since its founding in 1905. 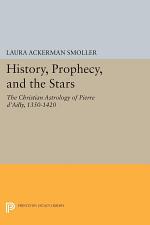 History, Prophecy, and the Stars

Authors: Laura Ackerman Smoller
Categories: Science
Although astrology was viewed with suspicion by the medieval church, it became a major area of inquiry for the renowned cardinal and scholar Pierre d'Ailly, whose astrological and apocalyptic writings had a significant influence on Christopher Columbus. D'Ailly's writings on the stars, the focus of this book, clearly illustrate the 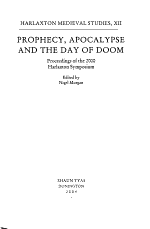 Prophecy, Apocalypse and the Day of Doom

Authors: Nigel J. Morgan
Categories: Apocalypse in art
The theme of the 17th Harlaxton Symposium was predetermined by the fact that it was held in 2000. The twenty-one papers turn their attention to the fear of cataclysm and the end of the world that obsessed many writers, artists and thinkers in medieval Europe, not only around the year 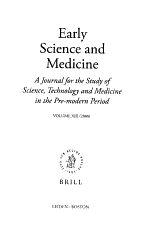 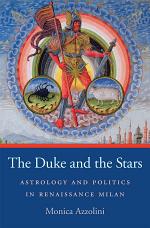 The Duke and the Stars

Authors: Monica Azzolini
Categories: History
The Duke and the Stars explores science and medicine as studied and practiced in fifteenth-century Italy, including how astrology was taught in relation to astronomy. It illustrates how the “predictive art” of astrology was often a critical, secretive source of information for Italian Renaissance rulers, particularly in times of crisis.