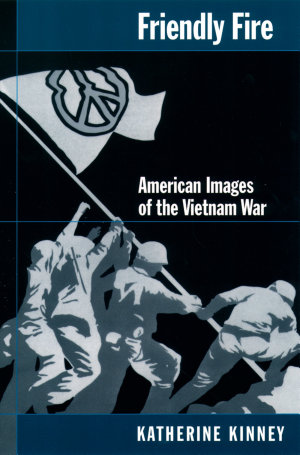 Hundreds of memoirs, novels, plays, and movies have been devoted to the American war in Vietnam. In spite of the great variety of media, political perspectives and the degrees of seriousness with which the war has been treated, Katherine Kinney argues that the vast majority of these works share a single story: that of Americans killing Americans in Vietnam. Friendly Fire, in this instance, refers not merely to a tragic error of war, it also refers to America's war with itself during the Vietnam years. Starting from this point, this book considers the concept of "friendly fire" from multiple vantage points, and portrays the Vietnam age as a crucible where America's cohesive image of itself is shattered--pitting soldiers against superiors, doves against hawks, feminism against patriarchy, racial fear against racial tolerance. Through the use of extensive evidence from the film and popular fiction of Vietnam (e.g. Kovic's Born on the Fourth of July, Didion's Democracy, O'Brien's Going After Cacciato, Rabe's Sticks and Bones and Streamers), Kinney draws a powerful picture of a nation politically, culturally, and socially divided, and a war that has been memorialized as a contested site of art, media, politics, and ideology.