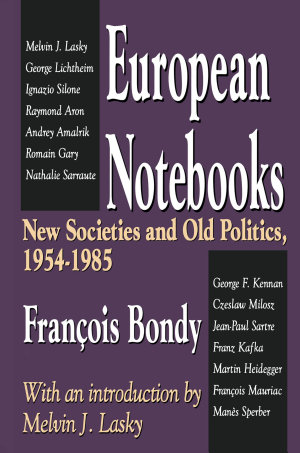 A generation of outstanding European thinkers emerged out of the rubble of World War II. It was a group unparalleled in their probing of an age that had produced totalitarianism as a political norm, and the Holocaust as its supreme nightmarish achievement. Figures ranging from George Lichtheim, Ignazio Silone, Raymond Aron, Andrei Amalrik, among many others, found a home in Encounter. None stood taller or saw further than François Bondy of Zurich.In a moving tribute to his friend, Melvin J. Lasky, long- time editor of Encounter, writes, "Bondy was a breathtaking spectacle. I had known him to read and walk, to think and talk, all at once--and still make mental notes for his next article.... Early or late, seated or standing, awake or asleep, his incomparable spiritedness would always be darting from point to point, paying attention and idly wandering at once. Taken all in all, he still continues to represent for me perhaps a Henry Jamesian New Man."Bondy's essays themselves represent a broad sweep of major figures and events in the second half of the twentieth century. His spatial outreach went from Budapest to Tokyo and Paris. His political essays extended from George Kennan to Benito Mussolini. And his prime mÚtier, the cultural figures of Europe, covered Sartre, Kafka, Heidegger and Milosz. The analysis was uniformly fair minded but unstinting in its insights. Taken together, the variegated themes he raised in his work as a Zurich journalist, a Paris editor, and a European homme de letres sketch guidelines for an entrancing portrait of the intellectual as cosmopolitan.European Notebooks contains most of the articles that Bondy (1915-2003) wrote for Encounter under the stewardship of Stephen Spender, Irving Kristol, and then for the thirty years that Melvin Lasky served as editor. Bondy was that rare unattached intellectual, "free of every totalitarian temptation" and, as Lasky notes, unfailing in his devotion to the liberties and civilities of a humane social order. European Notebooks offers a window into a civilization that came to maturity during the period in which these essays were written. 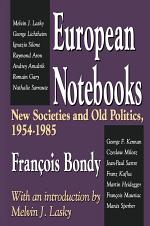 Authors: Francois Bondy
Categories: Literary Criticism
A generation of outstanding European thinkers emerged out of the rubble of World War II. It was a group unparalleled in their probing of an age that had produced totalitarianism as a political norm, and the Holocaust as its supreme nightmarish achievement. Figures ranging from George Lichtheim, Ignazio Silone, Raymond 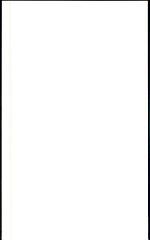 Authors: Mark Twain
Categories: Literary Criticism
The twelve notebooks in volume 1 provided information about the eighteen years in which the most profound, even dramatic, changes took place in Clemens' life. He early achieved the limits of his boyhood ambition by becoming a steamboat pilot on the Mississippi River, a position there is no reason to 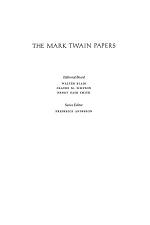 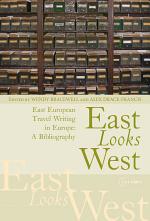 A Bibliography of East European Travel Writing on Europe

Authors: Wendy Bracewell, Alex Drace-Francis
Categories: Travel
The bibliography volume of the three-volume East Looks West: East European Travel Writing in Europe collates travel writing published in book form by east Europeans travelling in Europe from ca. 1550 to 2000. It is intended as a fundamental research tool, collecting together travel writings within each national/linguistic tradition, and 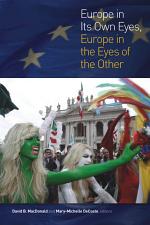 Europe in Its Own Eyes, Europe in the Eyes of the Other

Authors: David B. MacDonald, Mary-Michelle DeCoste
Categories: Social Science
What is Europe? Who is European? What do Europe and European identity mean in the twenty-first century? This collection of sixteen essays seeks to answer these questions by focusing on Europe as it is seen through its own eyes and through the eyes of others across a variety of cultural