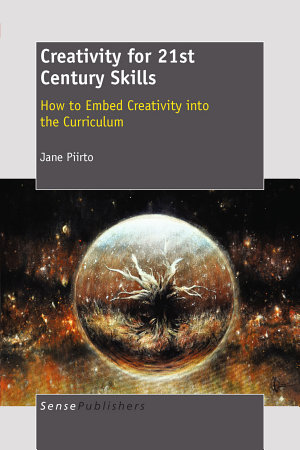 VERY practical, on target for schools today—good balance of theory with anecdotal connections.” “At first I was worried about the time involved. I discovered when given 5 minutes . . . the time is a continuation to their work in progress. Realizing that creativity does not have to consume large chunks of time is more meaningful than tokens.” “I like the tone of the writing. It feels like there is a conversation going on.” “I like the stories of famous people and how their creativity influenced and changed their lives.” CREATIVITY FOR 21ST CENTURY SKILLS describes what many creative people really do when they create. It focuses on the practical applications of a theoretical approach to creativity training the author has developed. Many suggestions for enhancing creativity focus on ideas that are over 60 years old. This new approach may be helpful for those seeking to develop 21st Century Skills of creativity. Five core attitudes (Naiveté, Risk-taking, Self-Discipline, Tolerance for Ambiguity, and Group Trust), Seven I’s (Inspiration, Intuition, Improvisation, Imagination, Imagery, Incubation, and Insight), and several General Practices—the use of ritual, meditation, solitude, exercise, silence, and a creative attitude to the process of life, with corresponding activities, are described, discussed, and illustrated. A discussion of how to be creative within an educational institution is also included. JANE PIIRTO is Trustees’ Distinguished Professor at Ashland University. Her doctorate is in educational leadership. She has worked with students pre-K to doctoral level as a teacher, administrator, and professor. She has published 11 books, both literary and scholarly, and many scholarly articles in peer-reviewed journals and anthologies, as well as several poetry and creative nonfiction chapbooks. She has won Individual Artist Fellowships from the Ohio Arts Council in both poetry and fiction and is one of the few American writers listed as both a poet and a writer in the Directory of American Poets and Writers. She is a recipient of the Mensa Lifetime Achievement Award, of an honorary Doctor of Humane Letters, was named an Ohio Magazine educator of distinction. In 2010 she was named Distinguished Scholar by the National Association for Gifted Children. 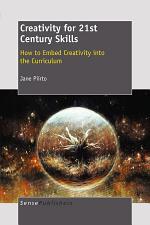 Authors: Jane Piirto
Categories: Education
VERY practical, on target for schools today—good balance of theory with anecdotal connections.” “At first I was worried about the time involved. I discovered when given 5 minutes . . . the time is a continuation to their work in progress. Realizing that creativity does not have to consume large
Language: un
Pages:

Creativity as a 21st Century Skill

Authors: Linda Salna
Categories: Creative thinking
Creative Thinking is a critical life skill needed for success in the 21st Century. The next generation will be working in jobs that may not even exist today. It is education's responsibility to prepare students by teaching them how to think not what to think. Given my commitment to bringing 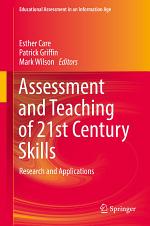 Authors: Esther Care, Patrick Griffin, Mark Wilson
Categories: Education
This book provides a detailed description of research and application outcomes from the Assessment and Teaching of 21st Century Skills project, which explored a framework for understanding the nature of these skills. The major element of this new volume is the presentation of research information from the global assessment of
Language: un
Pages: 33

Authors: Janice Wilke, University of Florida Digital Collections
Categories: Education
The reality of instantaneous, global communication is redefining notions of time and space. Students can electronically travel beyond the school walls to reach across the neighborhood, the country, and the globe, to access ideas, further their inquiry, and potentially problem-solve. To use this capacity to its fullest, however, in addition 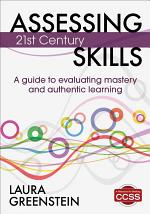 Authors: Laura M. Greenstein
Categories: Education
Go beyond traditional paper-and-pencil tests! How can you measure student mastery of 21st century skills like creativity, problem solving, and use of technology? Laura Greenstein provides a framework and practical ideas for using authentic learning experiences and rigorous assessment strategies to engage today’s students. With numerous rubrics and checklists, a