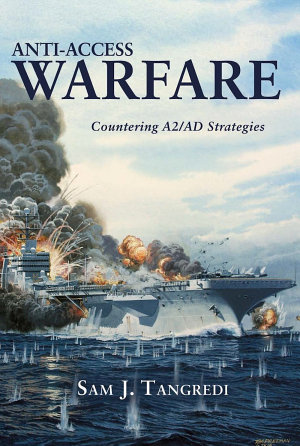 The book is the definitive conceptual and historical introduction to the concept of anti-access strategies. Unlike current studies, it is not simply technology focused. Nor is it primarily intended as critique of the current Air-Sea Battle concept. It combines conceptual thinking with historical examples and potential scenarios in order to identify options for future defense planning.Strategies of “anti-access,” also known as “area denial” (more recently combined into the awkward acronym “A2/AD”) are presumed to be the primary threats to the employment of U.S. military forces in overseas crises. This presumption has gradually evolved into a joint concept of “operational access.” Anti-access capabilities appear to be the current military posture of the People’s Republic of China and Islamic Republic of Iran. The study of anti-access or area denial strategies for use against American power projection capabilities has strong naval roots—which have been largely ignored by the most influential commentators. In reality, denial of access was the Soviet Navy’s operational objective during the Cold War. The first use of the actual anti-access term can be traced to a series of “anti-Navy” studies by the Office of Net Assessment designed to examine the ability of the U.S. Navy to carry out its Maritime Strategy and, later, “…From the Sea” strategic vision. Sustained long-range power projection is both a unique strength of U.S. military forces and a requirement for an activist foreign policy and forward defense. In more recent years, the logic of the anti-access approach has been identified by the Department of Defense as a threat to this U.S. capability and the joint force; countering it is one of the defense priorities identified in the President’s directions issued this past January. In addition to potential regional powers, a number of think-tanks have suggested that non-state actors, such as terrorist organizations, are developing anti-access/area denial capabilities. The book’s conclusions differ from most commentary on anti-access. Rather than a technology-driven post-Cold War phenomenon, the anti-access approach has been a routine element of grand strategy used by strategically weaker powers to confront stronger powers throughout history. But they have been largely unsuccessful when confronting a stronger maritime power. Although high technology weapons capabilities enhance the threat, they also can be used to mitigate the threat. Rather than arguing against reliance on maritime forces—presumably because they are no longer survivable—the historical analysis argues that maritime capabilities are key in “breaking the great walls.” 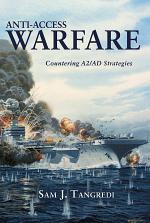 Authors: Sam Tangredi
Categories: History
The book is the definitive conceptual and historical introduction to the concept of anti-access strategies. Unlike current studies, it is not simply technology focused. Nor is it primarily intended as critique of the current Air-Sea Battle concept. It combines conceptual thinking with historical examples and potential scenarios in order to

Authors: Sam J. Tangredi
Categories: HISTORY
This is the first book to examine the concept of anti-access and area denial warfare, providing a definitive introduction to both conceptual theories and historical examples of this strategy. Also referred to by the acronym "A2/AD," anti-access warfare has been identified in American strategic planning as the most likely strategy 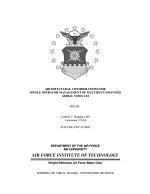 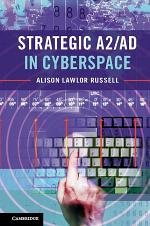 Authors: Alison Lawlor Russell
Categories: Law
Strategic A2/AD in Cyberspace focuses on exclusion from cyberspace, or the ability of a state to be cut off entirely from cyberspace. Strategic anti-access and area denial (A2/AD) operations are common in other domains, but, before now, they have not been examined for their relevance to cyberspace. This book examines

Publications Combined: Russia's Regular And Special Forces In The Regional And Global War On Terror

Authors: Alison Lawlor Russell
Categories: Law
Over 2,400 total pages ... Russian outrage following the September 2004 hostage disaster at North Ossetia’s Beslan Middle School No.1 was reflected in many ways throughout the country. The 52-hour debacle resulted in the death of some 344 civilians, including more than 170 children, in addition to unprecedented losses of