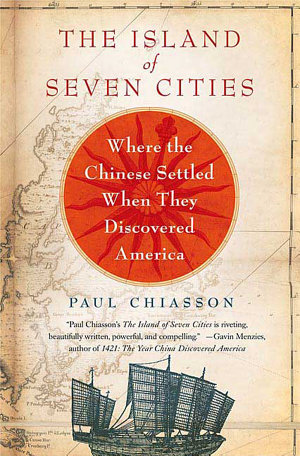 The Island of Seven Cities unveils the first tangible proof that the Chinese settled in the New World before Columbus. In the summer of 2003, architect Paul Chiasson decided to climb a mountain he had never explored on Cape Breton Island, where eight generations of his Acadian family had lived. One of the oldest points of exploration and settlement in the Americas, with a written history dating back to the first days of European discovery, Cape Breton is littered with remnants of old settlements. But that day Chiasson found a road that was unique. Well made and consistently wide, and at one time clearly bordered with stone walls, the road had been a major undertaking. But he could find no record of it. In the two years of detective work that followed, Chiasson systematically surveyed the history of Europeans in North America and came to a stunning conclusion: the ruins he had stumbled upon – an entire townsite on a mountaintop---did not belong to the Portuguese, the French, the English, or the Scots. And they predated John Cabot's 1497 "discovery" of the island. Using aerial and site photographs, maps and drawings, and his own expertise as an architect, Chiasson re-creates how he pieced together the clues to one of the world's great mysteries: a large Chinese colony existed and thrived on Canadian shores well before the European Age of Discovery. He addresses how the ruins had been previously overlooked or misunderstood, and how the colony was abandoned and forgotten, in China and in the New World. And he discovers the traces the colony left in the storytelling and culture of the Mi'kmaq, whose written language, clothing, technical knowledge, religious beliefs, and legends, he argues, expose deep cultural ties to China. A gripping account of an earth-shaking discovery, The Island of Seven Cities will change the way we think about our world. 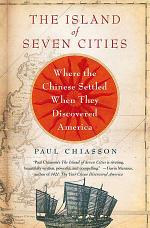 The Island of Seven Cities

Authors: Paul Chiasson
Categories: History
The Island of Seven Cities unveils the first tangible proof that the Chinese settled in the New World before Columbus. In the summer of 2003, architect Paul Chiasson decided to climb a mountain he had never explored on Cape Breton Island, where eight generations of his Acadian family had lived. 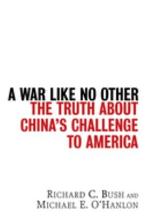 Authors: Richard C. Bush, Michael E. O'Hanlon
Categories: History
Two top experts parse the myths and realities about America’s perilous dance with its newest rival History is littered with the bodies of former great powers who failed to cope on and off the battlefield with the rise of a new power. China is fast becoming a true rival of 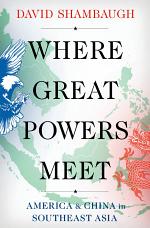 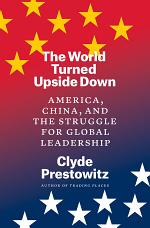 The World Turned Upside Down

Authors: Clyde Prestowitz
Categories: Political Science
An authority on Asia and globalization identifies the challenges China's growing power poses and how it must be confronted When China joined the World Trade Organization in 2001, most experts expected the WTO rules and procedures to liberalize China and make it "a responsible stakeholder in the liberal world order." 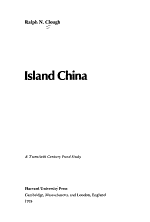 Authors: Ralph N. Clough, Twentieth Century Fund
Categories: Political Science
Intersperses a study of Taiwan's people, lifestyles, and political and social structure with an examination of changing American diplomatic relations with Taiwan and the relationship between Taiwan and Mainland China