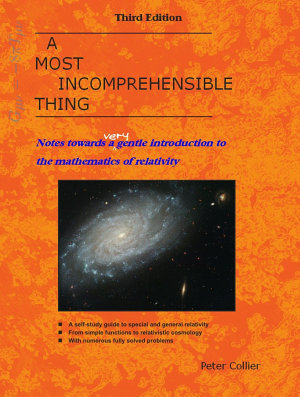 A straightforward, enjoyable guide to the mathematics of Einstein's relativity To really understand Einstein's theory of relativity – one of the cornerstones of modern physics – you have to get to grips with the underlying mathematics. This self-study guide is aimed at the general reader who is motivated to tackle that not insignificant challenge. With a user-friendly style, clear step-by-step mathematical derivations, many fully solved problems and numerous diagrams, this book provides a comprehensive introduction to a fascinating but complex subject. For those with minimal mathematical background, the first chapter gives a crash course in foundation mathematics. The reader is then taken gently by the hand and guided through a wide range of fundamental topics, including Newtonian mechanics; the Lorentz transformations; tensor calculus; the Einstein field equations; the Schwarzschild solution (which gives a good approximation of the spacetime of our Solar System); simple black holes, relativistic cosmology and gravitational waves. Special relativity helps explain a huge range of non-gravitational physical phenomena and has some strangely counter-intuitive consequences. These include time dilation, length contraction, the relativity of simultaneity, mass-energy equivalence and an absolute speed limit. General relativity, the leading theory of gravity, is at the heart of our understanding of cosmology and black holes. "I must observe that the theory of relativity resembles a building consisting of two separate stories, the special theory and the general theory. The special theory, on which the general theory rests, applies to all physical phenomena with the exception of gravitation; the general theory provides the law of gravitation and its relations tothe other forces of nature." – Albert Einstein, 1919 Understand even the basics of Einstein's amazing theory and the world will never seem the same again. Contents: Preface Introduction 1 Foundation mathematics 2 Newtonian mechanics 3 Special relativity 4 Introducing the manifold 5 Scalars, vectors, one-forms and tensors 6 More on curvature 7 General relativity 8 The Newtonian limit 9 The Schwarzschild metric 10 Schwarzschild black holes 11 Cosmology 12 Gravitational waves Appendix: The Riemann curvature tensor Bibliography Acknowledgements January 2019. This third edition has been revised to make the material even more accessible to the enthusiastic general reader who seeks to understand the mathematics of relativity. 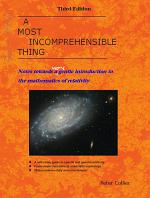 A Most Incomprehensible Thing

Authors: Peter Collier
Categories: Science
A straightforward, enjoyable guide to the mathematics of Einstein's relativity To really understand Einstein's theory of relativity – one of the cornerstones of modern physics – you have to get to grips with the underlying mathematics. This self-study guide is aimed at the general reader who is motivated to tackle 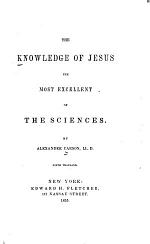 The Knowledge of Jesus the Most Excellent of the Sciences

Authors: Alexander Carson
Categories: God
Books about The Knowledge of Jesus the Most Excellent of the Sciences

The 4 States of Consciousness

Authors: Michael Mathiesen
Categories: God
With Forewords by Albert Einstein - By reading this book you will gain the truest and most profound understanding of yourself in relationship to all other events in the universe. When this is accomplished - everything is possible. Give this book some feedback and you will begin to see everything 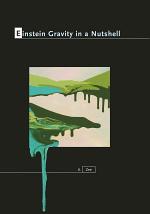 Einstein Gravity in a Nutshell

Authors: A. Zee
Categories: Science
This unique textbook provides an accessible introduction to Einstein's general theory of relativity, a subject of breathtaking beauty and supreme importance in physics. With his trademark blend of wit and incisiveness, A. Zee guides readers from the fundamentals of Newtonian mechanics to the most exciting frontiers of research today, including 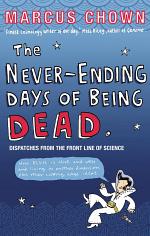 The Never-Ending Days of Being Dead

Authors: Marcus Chown
Categories: Science
Marcus Chown's highly accessible exploration of reality, the nature of the universe, and the place of life within it. Starting with the questions being asked by the world's most daring and imaginative scientists, he takes us to the frontier of science and reveals that the mysteries being examined there are